Well, hello! Before we go any further, I have to warn you: this isn't your typical travel blog. If you are easily offended, prude, or don't speak Sarcasm, keep it movin'!  Still reading? Don't say I didn't warn you.


You're probably here because, like me, you have an insatiable case of wanderlust and love everything travel related, or, you're probably curious about advice and info for that trip you've been "just thinking about" for months. Stop kidding yourself, we both know you really want to go. Either that, or you're one of those people who scour the internet for travel blogs to read stories and get lost in pictures in an attempt to fill that anywhere-but-here feeling. I get it. In any case, I'm glad you're here.


Wanting more than the glittered and grimy streets of LA, I’ve always had the urge to explore, and took advantage of any adventure I could. After choosing [wander]lust over love too many times, I finally bought a one-way ticket out of the country hoping to find what I was missing. Preparing for a new chapter, and newly identifying as a former romantic, I struggle with heartbreak, tying up loose ends of my life, and packing up all my baggage (emotional and otherwise) to move to the other side of the world. I begin my journey if Florence, Italy and write along the way. Drinking too much wine, laughing at the irony of my own life, and trying to teach from my own mistakes are what make MissDirection, an unconventional solo female travel blog, so unique.


How It All Began

I decided to start a record of all the things I was doing and going through before embarking on my journey around the world. Initially, I began journaling about my plans, relationship issues and how my decision was taking a toll on the people closest to me. Before ever having the idea of what is now MissDirection, I was an avid consumer of travel blogs myself, but after awhile I started to notice how no one ever talked about the hardships of the pre-travel stage. All the planning, plan-breaking, and re-planning that happens before you even take off is a huge part of the experience and can sometimes turn into a stressful, yet exciting journey of its own. So, I began to write.

Accused of being selfish and irresponsible, I began to doubt and rethink my decision to leave everything and everyone behind to teach English abroad in order to follow my dream of living abroad. After awhile, the roller coaster of doubt, happiness, tears, and confusion started to make me sick, and my metaphorical hurl was the idea for this blog. Thus, MissDirection was born. Probably not the best analogy, but you get the picture. I realized that the change and uncertainty of following my own path scares the crap out of people, so I've accepted the criticism and have been learning to deal with disapproval. Even if I don't know exactly what I'm doing, I am still doing what makes me happy, and that's what matters. 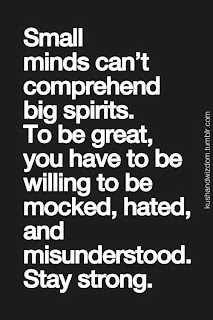 
After taking an extra couple of years to earn my bachelors degree due to some of life’s hiccups (university budget cuts, bad break up, playing therapist during my parents’ divorce, you know, the usual), I was so relieved to have finally finished. I had no idea what I wanted to do, but the only thing I was sure of was that I wanted to travel the world. So, after trying the traditional post-college route and experiencing a lot of failed job searches and internships, I had some thinking to do. Being in a serious, live-in relationship at the time and having just adopted a dog together made my decision really difficult. At the end of the day, I knew that if I didn't take this opportunity while I was marriage-free, child-free, mortgage-free, and career-free, I would never have the chance to do this again. With the news not coming as much of a surprise to my friends and family, yet feeling as though they didn't believe I would actually do it, I enrolled in a TEFL course and began my planning. Everyone seemed supportive and encouraging, but, as it happens, things, people, and minds change over time. This is where my story begins.

For marketing or contribution inquiries, you can contact me at MissDirectionNikki@gmail.com. 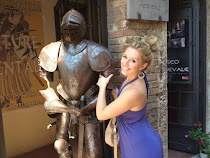